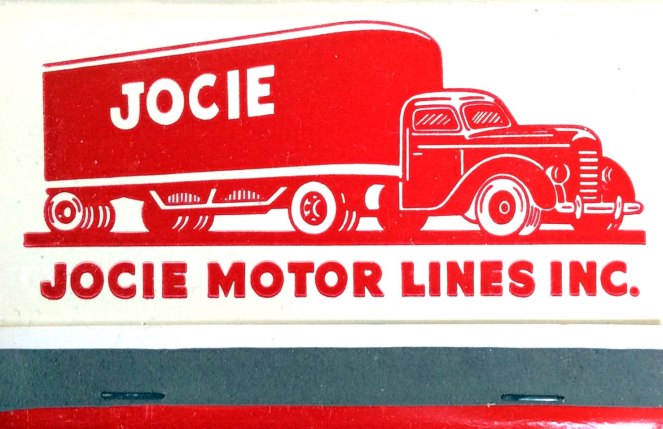 Compiled from research in a city directory I present a list of employees that worked for Jocie Motor Lines, Inc. at the terminal in Charlotte, North Carolina in 1961. The photo is from a matchbook from years prior, perhaps from the late 1940s to early 1950s. I know this since growing up in Greensboro that Pearson Street had been renamed and there were no truck terminals in the downtown area after the 1950s. Most of the terminals by that time had been developed in the western part of the city  along the Patterson Street/ Oakland Avenue and West Market Street/ Winston Road areas.